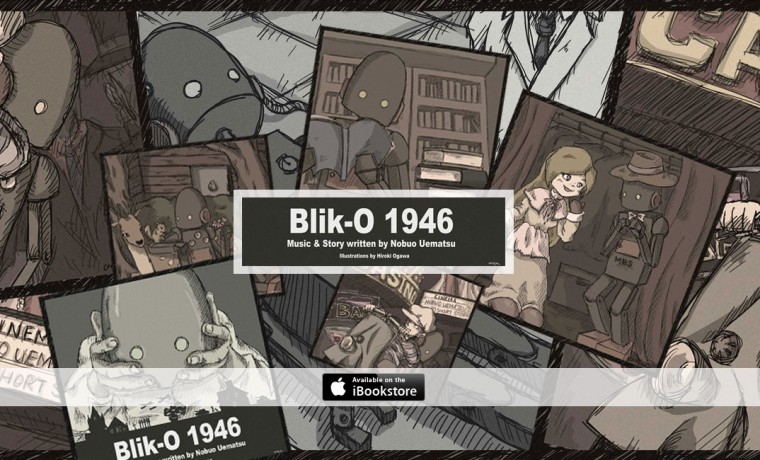 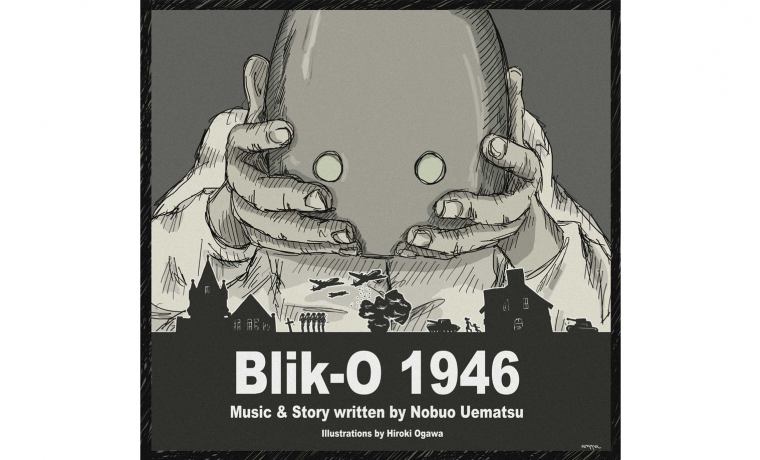 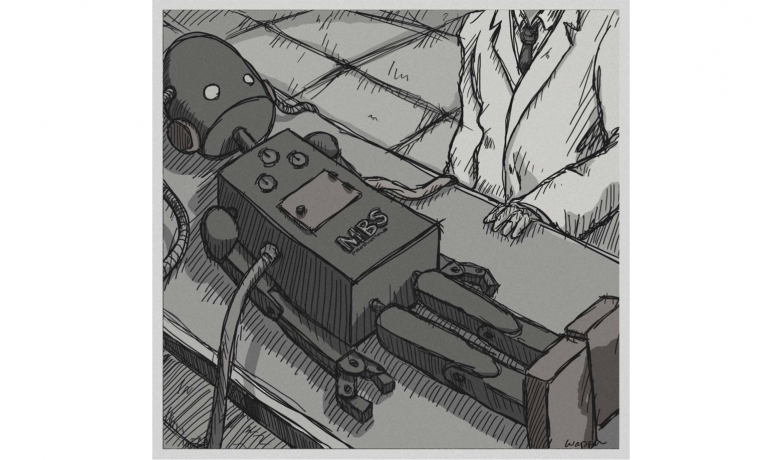 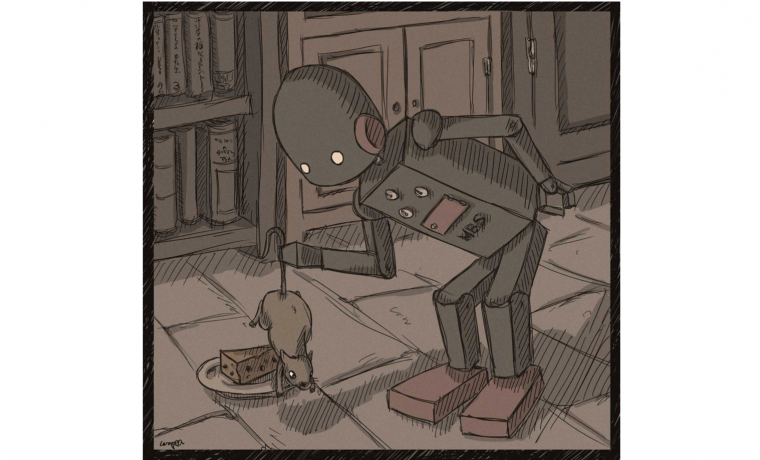 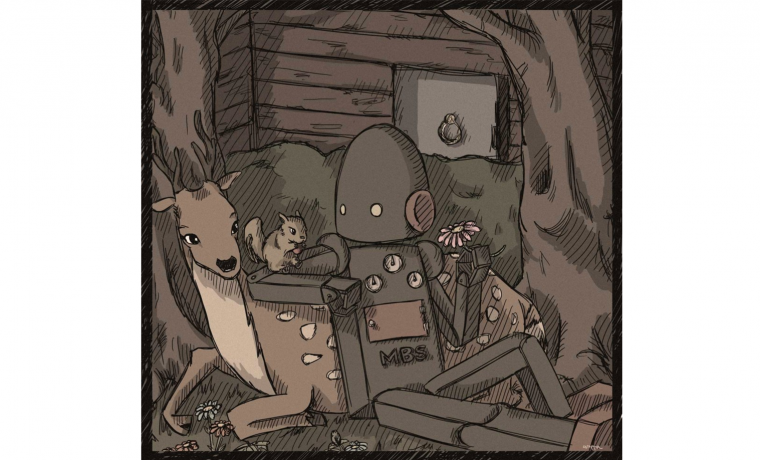 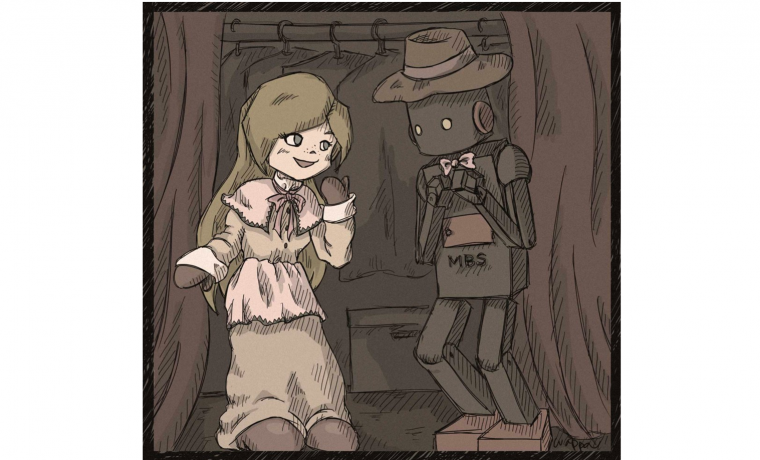 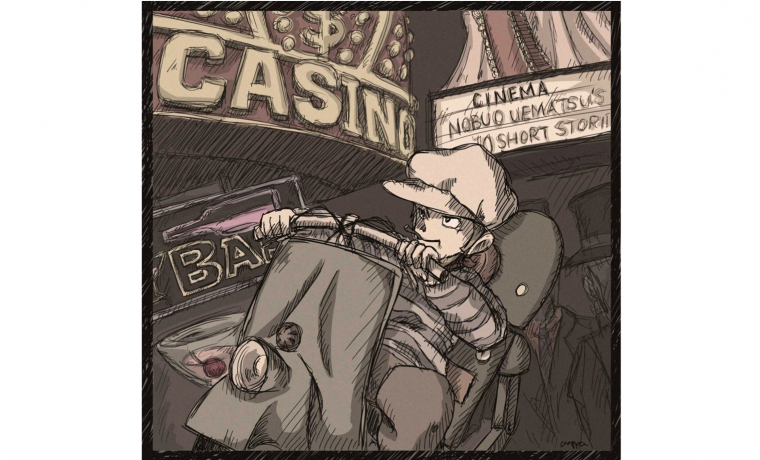 Acttil is excited to announce that Blik-0 1946, a picture e-book written by the renowned video game composer Nobuo Uematsu, best known for his musical scores in the Final Fantasy® series of video games, is now available for a purchase on iTunes® Store for iPad® users for $9.99. The iPhone® version will become available soon. Fans of Nobuo Uematsu’s music will also be able to enjoy his three original music tracks, two of which come with lyrics written by Nobuo Uematsu.  *The Japanese version will be also available on iTunes Store for both iPad and iPhone devices soon.

Blik-0 1946 is a story about a robot named “Blik-0,” created by a reputable artificial intelligence scientist, Dr. Mabuse. Blik-0 is a robot built with functions that let him emulate the human heart and brain. As he experiences life the way humans do, he starts to struggle with feelings and emotions like sadness, heartache, anger, and love.

The original music written by Nobuo Uematsu featured in the story are “Blik-0 1946,” “Ah, But Why?,” and “So Close.” Readers can have these expressive and thematic tracks play while they read the story to enhance their experience. *If you play the music while reading the eBook, the music may stop as pages turn.

Story and Music
Nobuo Uematsu (CEO of Dog Ear Records CO., Ltd., Smile Please Co., Ltd.) is a famous video game composer, best known for his musical scores in the Final Fantasy® series of video games. The main theme song for Final Fantasy® VIII, “Eyes On Me,” was awarded Song of the Year in the foreign music category at the 14th Japanese Golden Disc Awards in 1994. This marked the first time a song from a video game ever won the award. Uematsu was deemed an innovator by Time Magazine, and his influence on the world of music recognized in their Time 100: The Next Wave Music issue released in May, 2001. In 2007, he was also selected as one of the 100 most well-respected Japanese in the world by the magazine Newsweek.
In recent years, Uematsu has been traveling around the globe, holding orchestral concerts and live performances with his own band, the EARTHBOUND PAPAS.

Illustration
Hiroki Ogawa (music producer/director at Dog Ear Records Co., Ltd.) grew up in the United States, and began drawing after being heavily inspired by American comic books. After returning to Japan, Ogawa studied composition and arrangement at music school, and entered the music industry upon graduation. His passion for drawing, however, never faded. In 2011, Ogawa designed and illustrated the EARTHBOUND PAPAS’ official character, which is featured on the jacket of the band’s debut album, Octave Theory. In August of the same year, he also created illustrations for the anime & manga that accompanied the music track “Panini,“ produced by Japanese artist, ACE.