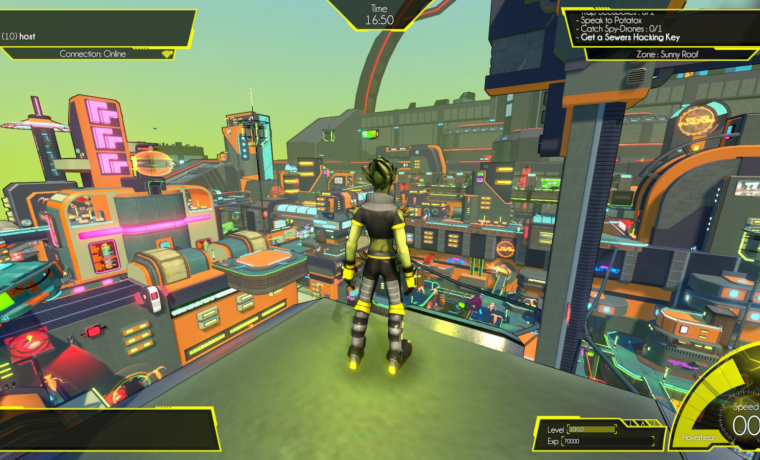 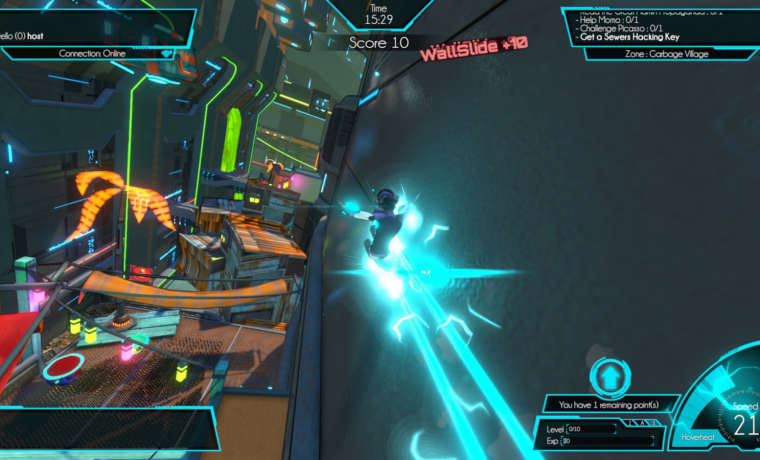 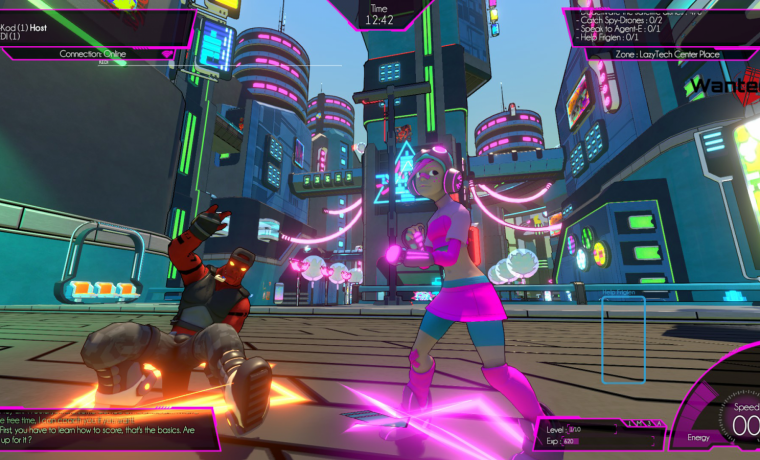 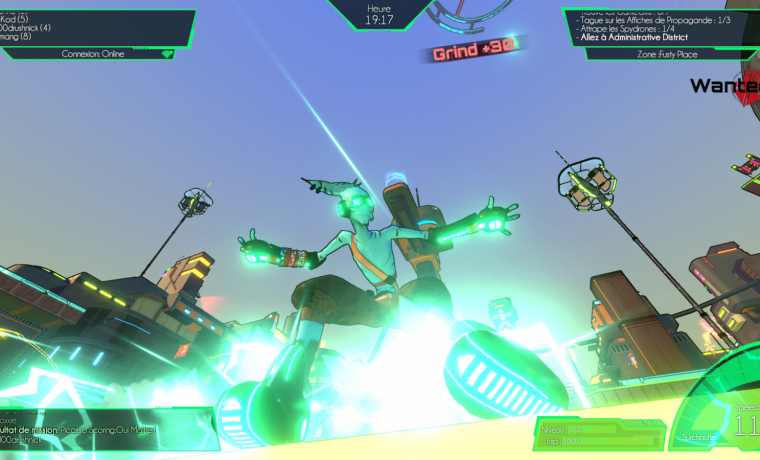 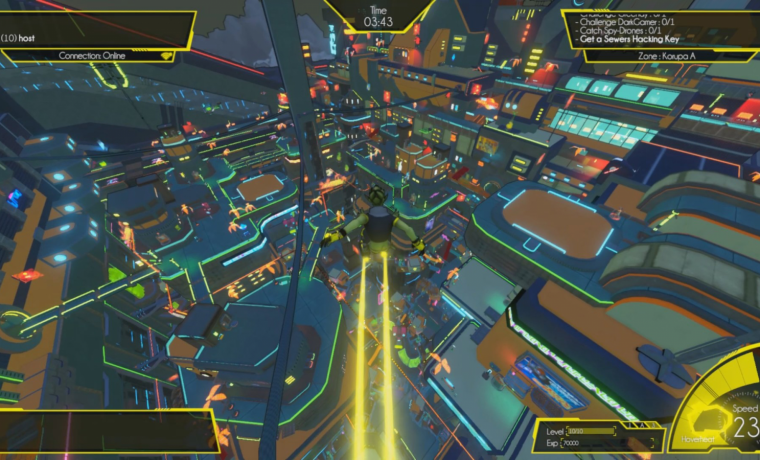 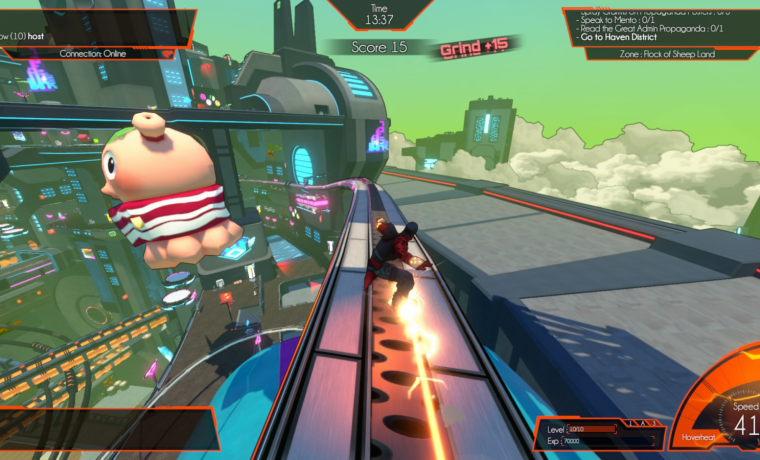 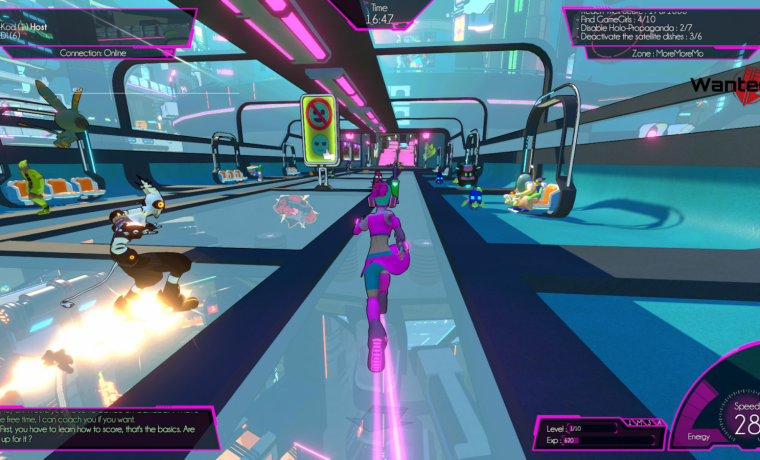 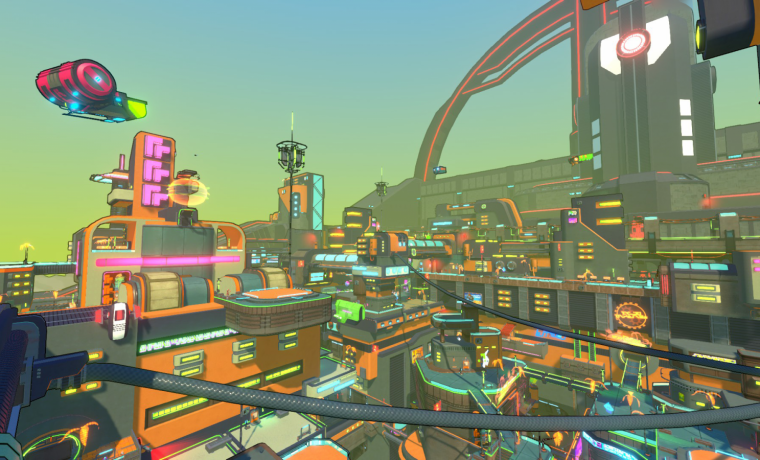 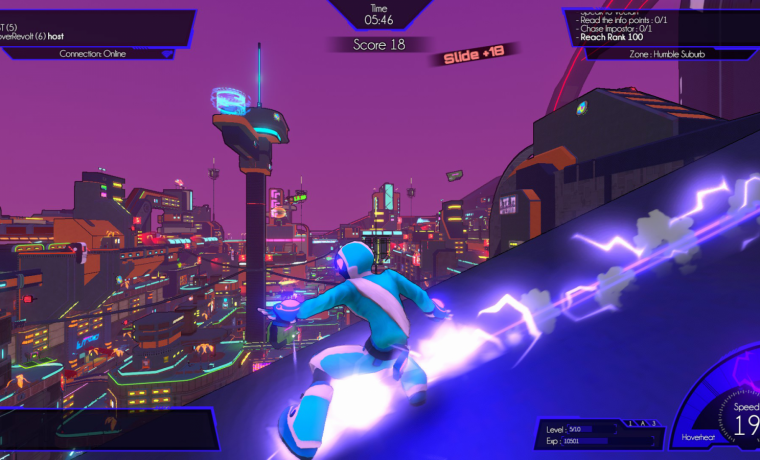 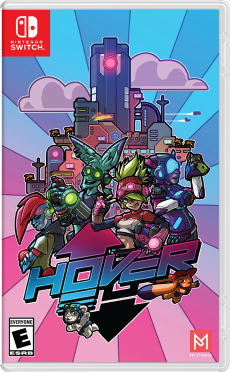 About Hover
Hover lets you experience the thrills of a fast-paced parkour game, either alone or with friends. Join the Rebellion to take on the security forces of an anti-leisure tyranny, and rise up to the many challenges of a futuristic open world. Assemble your team, strap on your gear, and tear through the world using incredible tricks and combos. The game takes place in ECP17 (also known as Hover City by its residents), a high-tech metropolis located on a distant planet.

The Great Admin has cut all communication with the Galactic Union and established an overwhelming dictatorship. Having fun has become illegal and all forms of entertainment have been banished. You’re the leader of a group of young rebels known as the Gamers, fighting against the new anti-leisure laws oppressing the city. Equipped with high-tech gear allowing for incredible speed and heights, they roam the city sabotaging tools of propaganda, helping citizens, and ultimately searching for a way to reach the Orbital Station in order to get word to the Galactic Union and put an end to the oppression

Check out the Hover trailer here!

– An Amazing City: Hover City is a massive, colorful city of the future whose buildings and structures offer breathtaking vertical playgrounds.
– Astonishing Moves: Slide, bounce, dash and wall-jump through the city thanks to your high-tech suit.
– Leveling Up: Gain experience and unlock chips that improve your character’s abilities. You can also trade in your spare chips for better ones by using the E-Swap trading system.
– A Customized Experience: Instantly switch from single to multiplayer, whenever you want. Play first or third-person, or activate the auto camera that mixes both and offers you a dynamic experience!
– Dynamic J-Pop Inspired Soundtrack: The music was composed by Cedric Menendez, with the participation of Hideki Naganuma (Jet Set Radio, Yakuza series).