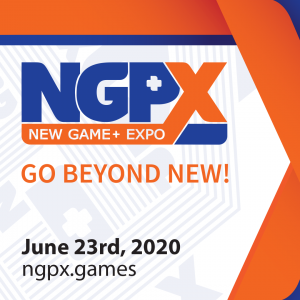 PM Studios and acttil are thrilled to announce that PM Studios will also be taking part in the digital showcase NEW GAME+ EXPO (NGPX), which will be featured live exclusively on Twitch tomorrow, June 23, starting at 8am PDT.  PM Studios will showcase their upcoming titles along with never-before-seen gameplay footage from highly anticipated action adventure game Evolutis. Their segment of the stream will begin tomorrow at 10:30am (PDT)! Be there to witness the greatness!

PM Studios and acttil are both incredibly thrilled to be part of this collaborative initiative alongside many other fantastic publishers and developers participating in NGPX! It’s just one day away, so get ready for some exciting announcements from all participating publishers!

About New Game+ Expo
NGPX is a digital showcase of fourteen amazing publishers and developers working together in collaboration to unveil new title announcements and live gameplay demos. The event will take place on June 23 from 8am PDT on the official NGPX Twitch Channel. We can’t wait to come together as one to connect directly to fans and gamers all over the world!